Don and I are avid fishermen but more than that, we love adventure! We had been to the Northern Patagonia region of Chile in 2015 and had enjoyed the people, the pristine waters, the boundless beauty and of course, the fishing. We talked about another trip to South America, but wanted more dry fly fishing. I started looking at options and came across the Hemispheres Unlimited website. By this time, we had decided we wanted to do more than the normal 6 day – 7 night package most lodges offer, if we were going to travel 2 days to get there and back. After telling Justin Witt what we were looking for, he proposed 10 days of fishing out of the Lago Rosario Lodge just south of Trevelin in the Chubut Province of Argentina.

We landed in Buenos Aires on Jan 12th, 2019 and were greeted by Enrique, one of the partners in the lodge. He was a huge help getting us through the airports and to our hotel. The next day we flew to Esquel, where Alejandro, Enrique’s partner, picked us up and took us to the lodge. We settled in and unpacked and got ready for fishing the next day. 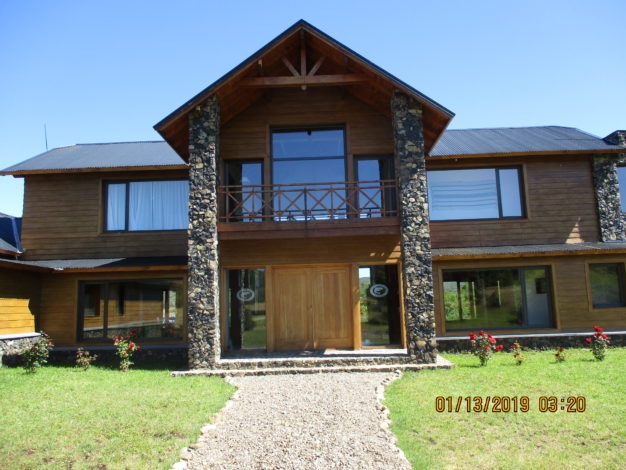 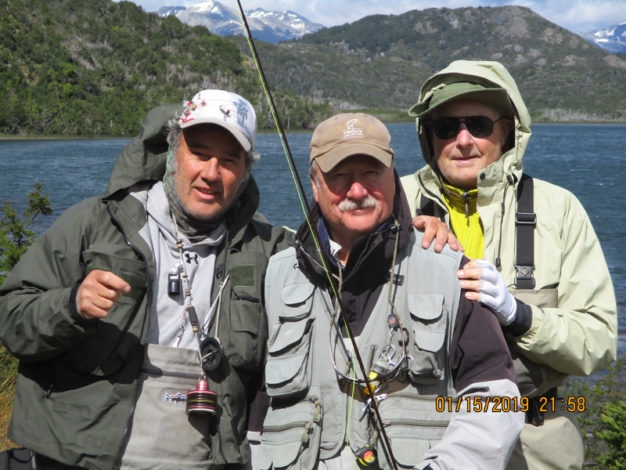 Ready to float the Rio Grande outside Trevelin[/caption]

The next day, we met our guides, Andres and Bruno and headed out to float the Rio Grande River. The water was gin clear and the fish were receptive! We fell into the rhythm of casting dry flies and catching fish. 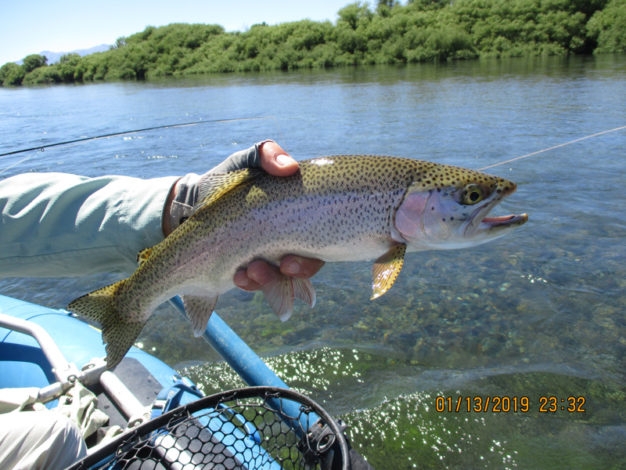 Rainbows on the Rio Grande[/caption]

The rest of the 9 days were spent fishing various lagoonas, lakes and rivers, and included a little adventure into untested waters. We did have some wind to contend with but we also had several days with no of wind, so the mix was good.   The guides always put us where the fishing was best for that days conditions.  We did not have a drop of rain the whole 10 days we fished! 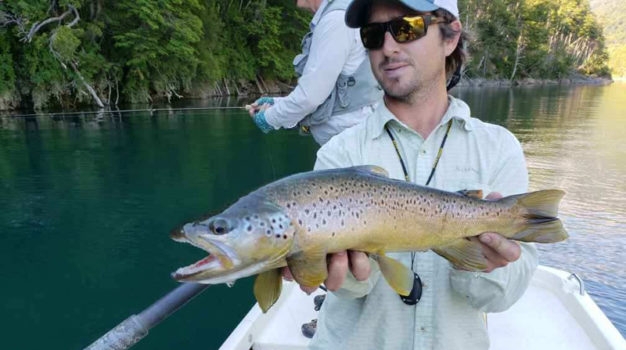 Nico Fleiss and a nice Brown[/caption]

Midweek we changed guides as Andreas had a prior family commitment but Nico  proved to be excellent as well. No fly or nymph stayed on more than a few casts if it wasn’t working. We caught mostly rainbows but some browns and all fish were in the 16-24” range…No small fish! Shore lunches were such a treat and the guides made great waiters! 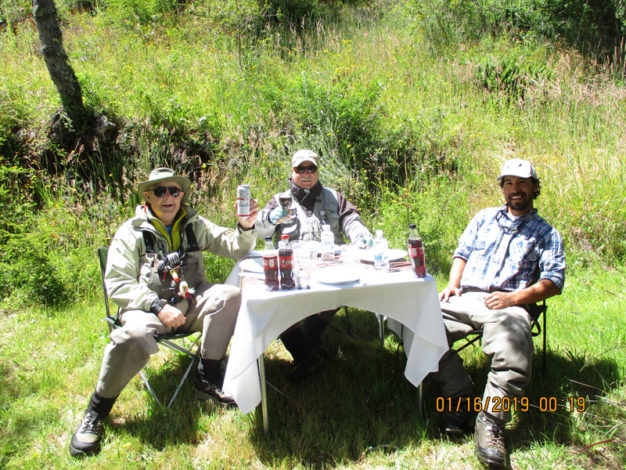 The rest of the week was a blur, as we were taken to all the hot spots the guides were familiar with and they all held very nice fish! 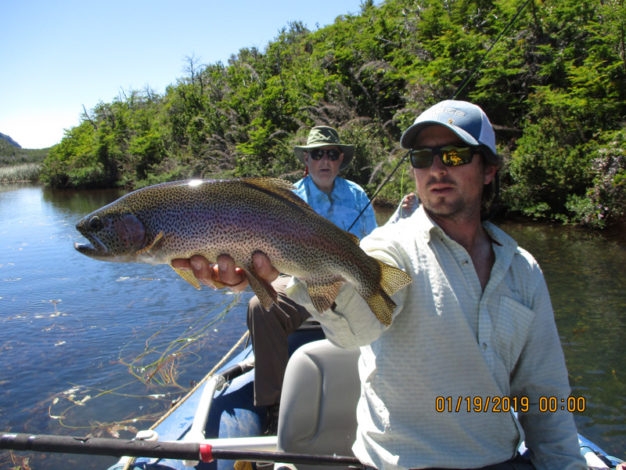 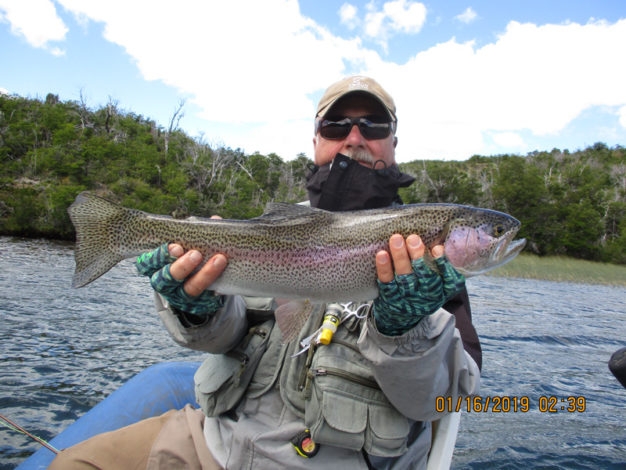 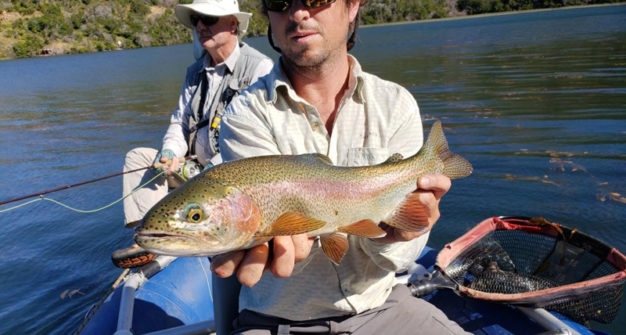 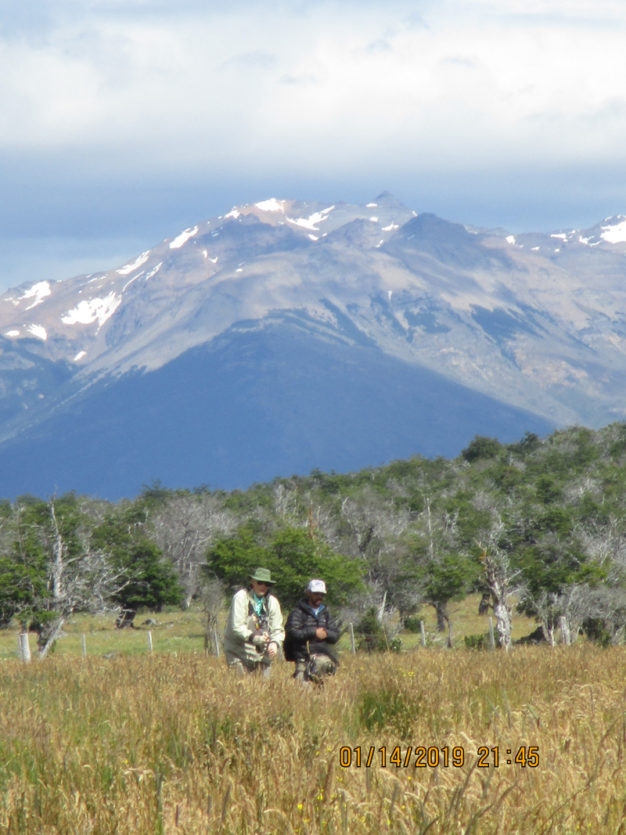 The scenery was breath-taking, the guides fantastic, the food was out of this world and the staff at the lodge, Alejandro and his wife, plus Diana and Fernanda really took care of us like we were family, even better!! 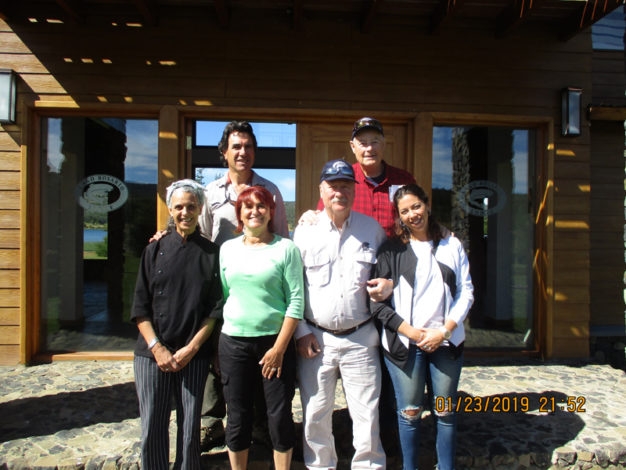 It was a trip of a lifetime! An incredible adventure and one we won’t soon forget!