A true taste of the Himayalan Outback

The Saryu River is one of the top destinations in the world for anglers looking to connect with the legendary Golden Mahseer, and Himalayan Outback is a serious, well established outfitter with an excellent track record of service in the region. Bordering Nepal in Northern India’s Uttarakhand province, the Saryu flows out of the highest segment of the Indian Himalaya, through a remote valley that offers a glimpse of what rural Indian culture was like everywhere in the region before modern times. The very approach to this trip provides an amazing opportunity to experience India as an attraction all its own, with five and a half days of fishing sandwiched into a ten day total adventure that carries you all the way from New Delhi to the Mahseer and back in both comfort and style. 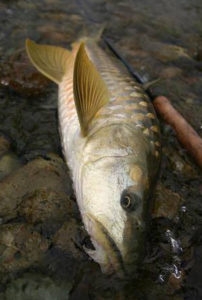 Mahseer have been steadily climbing the list of highly regarded game fish since the British first began targeting them back in the early days of the old colonial empire. But for any who are not yet familiar with these beasts, simply imagine something like a cross between a Bonefish and a Striped Bass, but with the appetite and feeding habits of a Northern Pike. Then take all of the above, and multiply it by at least three for strength, since even a five pound Mahseer can easily take you into the backing even though you’re fishing 16 pound tippet when you hook him. That’s the fish we have prowling our Himalayan watersheds. 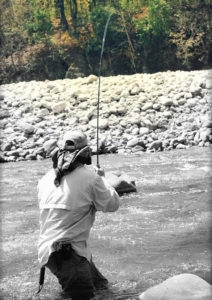 Mahseer are true omnivores, and opportunities present themselves on the Saryu for almost every type of fly fishing presentation in existence. From classic dry fly drifts, to skated dries, all the way down through high-stick nymphing and swinging streamers on heavy lines or Spey rigs, the diversity of structures and the ever shifting moods of the fish we are targeting here mean that anglers should be ready to employ a wide variety of techniques as they make their way downriver. Luckily, for anglers who don’t feel like carrying multiple rigs all the way to India for the trip, Misty and his team can provide everything that is needed out on the water. 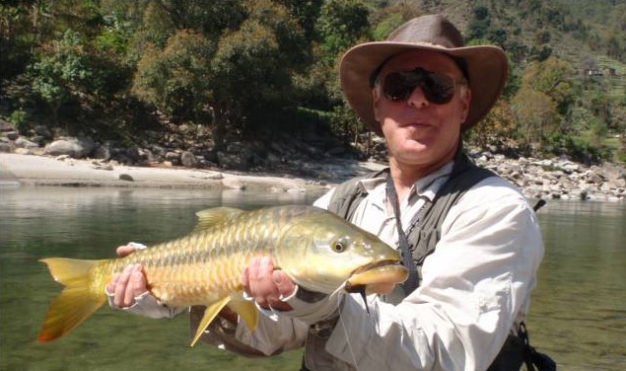 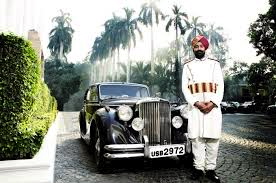 The first night of this itinerary you’ll spend at The Imperial Grand Luxury Hotel in New Delhi  and the second night at the Te Aroha Himalayan Lodge near Dhanachulli. 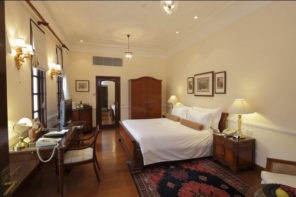 Then for six nights you’ll enjoy a very comfortable safari style tent camp on the river itself. These are comprised of large canvas tents, double occupancy for guests unless other arrangements have been made, as well as a dining tent, outdoor seating, riverside fires, outhouse facilities, and hot water bathing tent..   Everything is set up and maintained by the Himalayan Outback team, with a staff to client ratio of 3/1 ensuring that your back-country experience is comfortably reminiscent of the old style safari days. 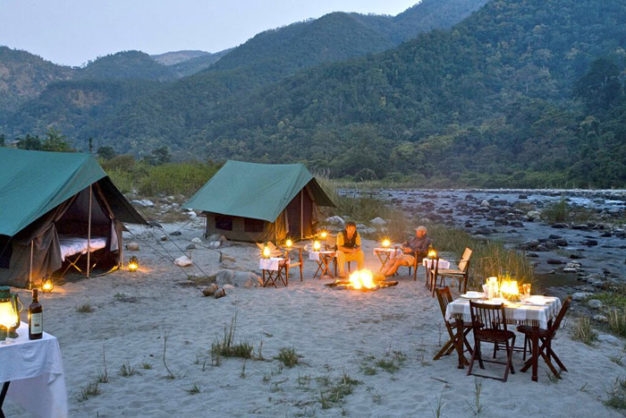 After the trip is over a morning drive to the airport on your ninth day will put you on the short flight to back to Delhi to spend your last night of the itinerary at the Dusit Devarana Hotel. 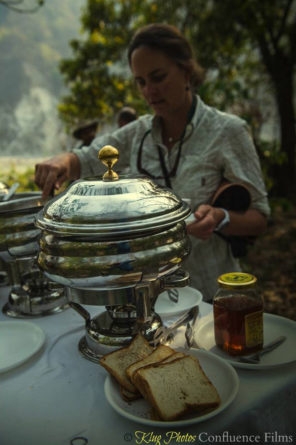 The menus for this journey are carefully crafted by Himalayan Outback's team of chefs to reflect several regional cuisines of India during the course of the week, as well as offer visiting anglers the familiar continental fare that may be most welcome at the end of the day.  Breakfasts and dinners are served in camp while on the river, and  packed lunches are provided while fishing and are served with the same elegance and style as dinners but out on the river wherever fishing is occurring in the middle of the day. 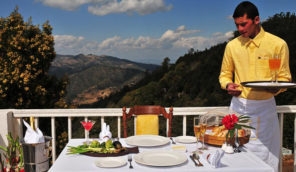 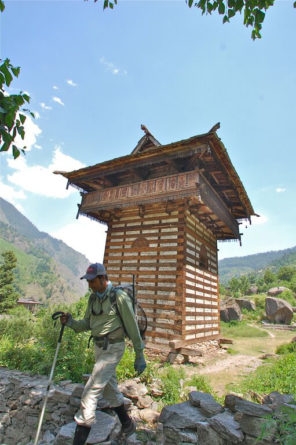 The Saryu River Program begins and ends in New Delhi, India, which receives daily flights from many major airlines worldwide, and all travel and lodging between your arrival there and your departure from there ten days later is included in the package price. Upon arrival in New Delhi you’ll be met by a representative of the Imperial Grand Luxury Hotel, and chauffeured there to spend the first night of your trip, with a guided “Delhi Walls of History” tour that evening. The following morning you are chauffeured back to the airport for the short flight up to Pantnagar, (included in your pre-paid itinerary) where you’ll be picked up by your guide and accompanied to the Te Aroha Himalayan Lodge, near Dhanachulli where you'll spend the night. From there you’ll float the river, spending the next six nights in the fishing segment of the itinerary, after which you’ll be driven back to Pantnagar for the short flight to Delhi, and checked into the Dusit Devarana Hotel, only six miles from the airport. 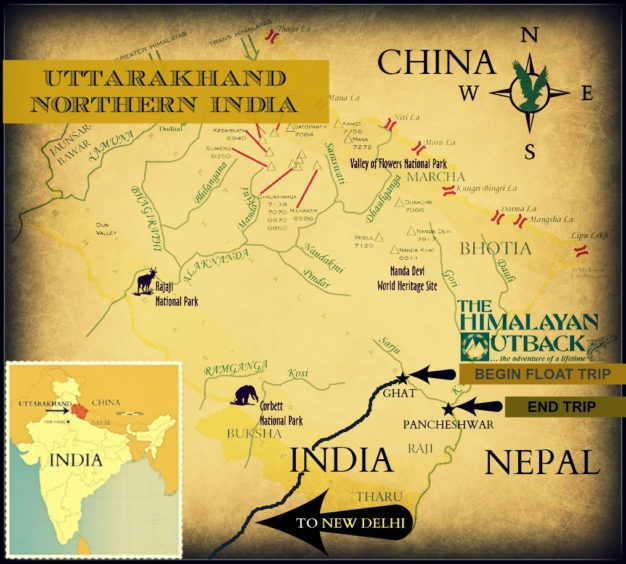 Always remember, our services are provided absolutely free to our guests. Booking a trip through Hemispheres Unlimited NEVER costs a single penny more than booking it directly with the lodge or outfitter, but does reap the benefits of our extensive experience with that destination, as well as our ongoing support services available to you at any time prior to, during, or even after your trip. 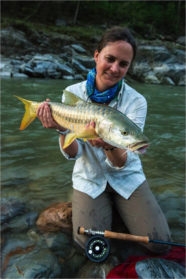 Himalayan Outback’s Saryu River Program is open every year from mid-March through early June, and also from late September through the end of October.   Package rates (quoted in US dollars) are per person even for single travelers, and include all transfers, accommodation & meals as listed in the travel details section. Included are meet & greet at the New Delhi airport, internal flights (Delhi – Pantnagar – Delhi), guided fishing, and all ground transfers, permits & taxes.

Get in touch with a Hemispheres Unlimited trip planner today, and get started on putting together your own Saryu River trip adventure of a lifetime!