Hemispheres Unlimited is a collaborative project.  We understand that when clients come to us looking for the best places in the world to spend their all too numbered fishing vacation days, there is no room for error in making sure that we've kept our fingers on the pulse of each destination we present to them.  For that reason we have built a team that spans the hemispheres themselves to make sure that our information is up to date and accurate, and that each of the lodges in our catalog is operating exactly as it was when we made the decision to offer it to our clients.  Feel free to get in touch for current conditions and details regarding any of the destinations you would like to visit.  We look forward to talking with you soon! 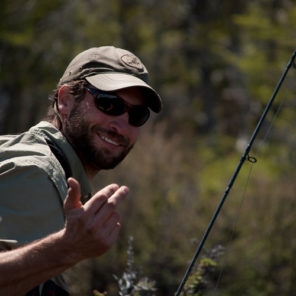 Justin Witt – After spending most of his life trying in vain to balance work with fishing in North America, in 2007 Justin decided on a drastic change of tactics. Taking a hiatus from the marketing communications firm which up until then had occupied his time, he boarded a plane and flew to Ushuaia, Argentina, the furthest physical distance he could reasonably expect to put between himself and his desk without ending up on the icy shores of Antarctica. From there he embarked upon a seven month journey, walking up the spine of the Andes with a backpack and a fly rod to explore Patagonia’s fabled trout waters. Eventually settling in Rio Pico, Argentina, he began Patagonia Unlimited, an off-the-beaten-path style of guide service, and within a few short years built the company into a successful enterprise.  As the business continued to grow, its rapidly expanding client base began to express interest in other destinations and new adventures with new species around the world. So, ready for another change and as passionate as ever about his work Justin responded, embarking on an epic first year of guiding outside his new home country that somehow managed to put him to work in every single hemisphere of Earth; and that just within the first twelve months!  He has since continued this method of first hand knowledge catalog development, traveling the globe to guide and scout as he manages Hemispheres Unlimited's world-wide list of top notch destinations.

Khadizhat Witt - Khadizhat has been a valuable addition to the team since 2014, when she joined up to manage all social media for Hemispheres and all destinations in Eurasia.  Born in the U.S.S.R. and raised in good old Mother-Russia, she studied Foreign Tourism Management at the Russian International Academy for Tourism before crossing the Atlantic and moving on to earn a degree in International Relations and Global Business at the University of Southern California.  Her first experience flyfishing was with Golden Mahseer in India while there for an intensive Yoga Teacher Training course, and has since then fished in pretty much every country she has visited, which is a long list of places to say the least.  Khadizhat manages everything from booking processes to client communications for our Eurasian destinations, and eagerly keeps tabs on the fishing in each of those locations as well, hosting groups in the process whenever she can. 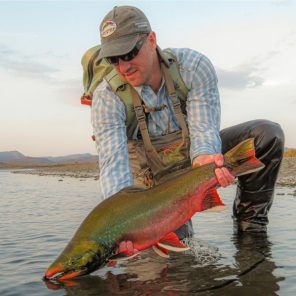 Dr. Chad Agy is an emergency physician based out of Salt Lake City, UT whose addiction to the sport began early in life after receiving a fly rod for his seventh birthday. We first met Chad when he came down and fished with us in Rio Pico, then later in Alaska and at Jurassic, but it was after his trip report from Colombia that Justin realized he needed to be part of the team.  His insights into fisheries and programs are just too valuable to be left in the field, and we are proud to have him as an exploratory consultant combing the globe for potential additions to the Hemispheres Unlimited catalog.  Whether floating untouched rivers in the arctic, navigating the jungles of the Amazon, or bushwhacking the forests of New Zealand, when Chad says go we go; and although not every spot makes it, we always have a good time checking it out.  Take a look at Dr. Agy's photography and travels on Instagram at @chadagy. 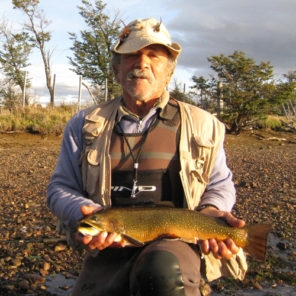 Paulino Arias – Paulino is truly a living legend throughout Patagonia at large. Having picked up a fly rod before most anglers in Argentina had even heard of one, he has by now quite likely forgotten more about the sport than the rest of us will ever know. Most of Paulino’s life has been dedicated to the exploration of Patagonian trout waters, and to teaching the members of a newly emerging sport-culture the rules, responsibilities, and details of the game. From tying flies and assisting guests, to putting together some of the best Asados in all Argentina, Paulino’s contribution to our signature Trout Bum program in Rio Pico Argentina greatly appreciated. 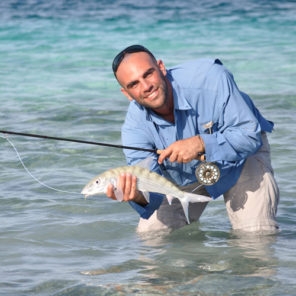 Emiliano Luro – Emiliano is the head guide and program director for our Los Roques Bonefish Club and Trout Bum Jurassic packages. Born and raised in Buenos Aires, Emi now divides the southern season between our Estancia Tres Valles and Trout Bum Rio Pico programs, then spends the rest of the year guiding, fishing, and photographing Venezuela as well as developing new Bum programs across the globe. Emiliano speaks great English as well as passable French and Italian, and divides his off season months between teaching in local area schools, and exploring new destinations for bonefish, tarpon, and permit. 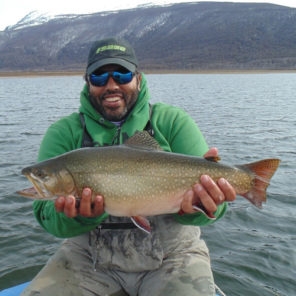 Gustavo Segovia - Gustavo has been fly fishing and working with tourism in the area between Rio Pico and Los Alerces National park since 1999, and has developed an extensive network of access points to otherwise off-limits or hard to reach locations that is impressive, to say the least. One of the friendliest and most sociable people in the business, Gustavo is a consistent favorite with our clients, and the number of requests we receive each year for a day or two with him on the water is testament to both his endearing personality and expertise.  Gustavo is the general manager and head guide of all Trout Bum programs. 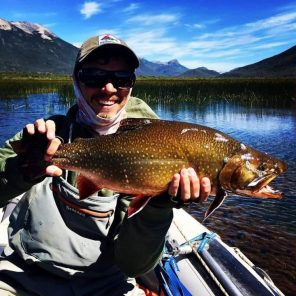 Roge (Rocky) Casal - Rocky has been guiding in Chubut province Argentina since 2013, and and an important part of our Trout Bum Rio Pico team since 2016.  He has been fishing since the age of four, and passing so much time on rivers all these years that his choice of profession was practically made for him by the flowing water.When he's not guiding he is running his own fly shop in the city of Esquel. 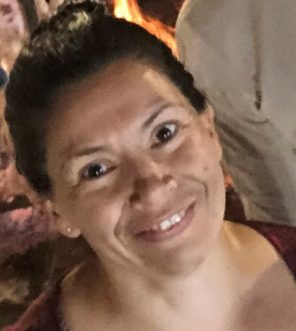 Karina Escudero - Karina has been the in-house manager and cook for our Trout Bum Rio Pico program for years, and is so loved by the guests it sometimes makes the rest of us jealous! Born and raised right there on the edge of the Andes, Karina is as much a bridge between the old ways and the new as our guide team, and her cooking skills are genuinely amazing.  More than one guest has tried to take her home, but luckily for us she is quite happy right here at home and loves her job! 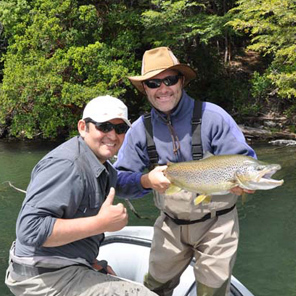 Guille Willhuber - Guillermo "Guille" Willhuber grew up wandering the waters we fish on our Rio Pico Trout Bum program, and has been guiding on them since 2005.  Strong at the oars and quick with the knots, Guille's passion for putting fish in the net is a thing to behold, and we have yet to put a client with him that didn't feel like they had learned a thing or two by the end of the trip. 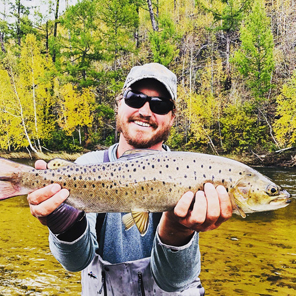 Dan Bailey – Dan has spent the better part of his last two decades working in the fly-fishing and conservation community. After years of guiding anglers in his home state of Wyoming he began his work in Mongolia in the summer of 2007 as a river ecologist.  Of course the real reason he went to Mongolia in the first place was to fish for taimen, the world’s largest salmonid, so over the following 13 years he guided and outfitted wilderness float trips across northern Mongolia.  Dan has been fortunate enough to fish all across the world and can provide valuable insights as you choose which great fishing adventure to take! 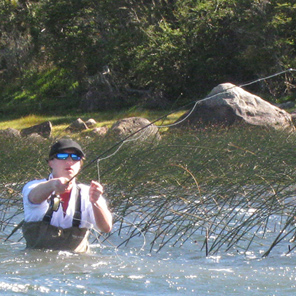 Charles J Mize - Charles is our resident tech guru, designer of all things web and marketing related.  The good news is, he's a hell of a fly fishermen too!  From the streams of Patagonia to the night shores of Cape Cod, Charles artistic design sense works just as well for flies as it does for pixels, and we are thankful each and every year to have him on board.  When he's not fishing or designing he writes and illustrates excellent books and short stories for the fantasy market.